The Salt Design 2018 Calendar is here – a homage to our most loved modern artists and art movements.

With his iconic brush strokes and revolutionary use of colour, Vincent Van Gogh has mesmerized art lovers for over a century. And with over 2,000 artworks created in the decade of his artistic career, fans have a plethora to choose from.

With pieces like The Starry Night, Sunflowers and Wheatfield with Crows, Van Gough was greatly influenced by nature, and he was renowned for his use of saturated, complimentary colours. Van Gogh experimented with using colour to convey emotion, saying that “colour expresses something in itself” and that it has a “psychological and moral weight”. Van Gogh also used a distinct brushstroke, that in his day was considered rudimentary and amateurish, but has influenced millions of artists since his death.

Unfortunately, Van Gogh suffered from an undiagnosed mental illness and spent his 37 years in and out of institutions, before taking his own life. With so many masterpieces created in the 10 short years of his career, one can only imagine what more Van Gogh was capable of, had his circumstances been different.

Alisa Burke, artist, mural painter and mentor, is a creative who also loves to experiment with colour and takes her inspiration from nature and the world around her. She uses bright saturated colours that contrast to evoke emotion.

Of course, as an added bonus, we couldn’t help but create FREE wallpapers for your desktop and mobile devices!
Be sure to subscribe to our blog or follow us on social media (Instagram / Facebook / Pinterest / Google+) for when they are released each month. 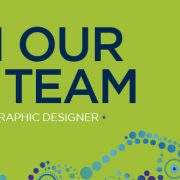 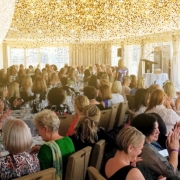