After an awesome first day of TDC – Day 2 was set up to be a hard act to follow! But it did not disappoint – as our newest Salty Designer discovered . . .

As this is the first conference I have attended since transitioning from a student to fully-fledged design professional . . . I felt like I was listening a little differently than what I had done in the past. As a student attending these events I would listen with stars in my eyes and my imagination running wild when I’d hear the speakers talk about ‘the real world’. Now that I’m in it, I listen with just as much enthusiasm, but it’s just different. I can relate a little more to the speakers now – which is awesome!

I believe each time I attend these events my perspective will evolve as I gather more experiences along the way (which is pretty exciting!).

I didn’t feel I specifically connected to any one speaker – instead, I took from each one what I needed. This was exactly the way to go, after all – as designers we will flourish when we let our lives flow.

Erin Smith was one of the first presenters. She’s an artist from Ipswich who loves drinking glasses of milk! I admired Erin, for regardless the amount of knock-backs she received, she never was knocked down by her experiences. She also took a massive leap to study in New York city, where she studied two different art courses. Erin contacted artists she admired in the City, asking to meet for coffee and then became friends with them! I find networking in Brisbane intimidating enough!

I went along to Erin’s art exhibition held after the event to see her painting in real-life. It was a totally different experience to having seen them on screen – the textures and colours were just beautiful.

I knew Nicole would be a highlight of Day 2! She’s a local typographer/designer who I’ve often seen at events but never actually met . . . something I definitely hope to do after hearing her presentation!

Nicole is one designer I found myself relating to now that I am in the industry and working with clients. Nicole explained how she worked her butt off to the point of burning out! At which point she realised just how important it is to have your own personal creative outlets as often client work just can’t cut it.

This is so true. I feel we are always being told this, but for a lot of us its not until we live it, that we do anything about it. Nicole encouraged the audience to ‘invest if yourself’ in order to create ‘crops of awesome work!’

Matt and Tim from Sons & Co

Matt and Tim from Sons & Co. are web designers from New Zealand (or as they put it – “from the island off the coast of Australia!”). These guys had the whole audience in fits of laughter. Their presentation was natural and comforting as they delved into telling tales of client work. They too have their own creative outlet – printing t-shirt designs which they approach well-known artist to contribute for. The boys have no branding, no business card, no social media and no website – they are the ‘website guys’ with no website . . . Go figure!
(Check out Sons and Co.’s work featured above at Boundary Breaks website and Crane Brothers website)

The last presenter for the day was Todd Francis, an artist and illustrator from the States. Listening to Todd explain his art (which was mainly on skateboards) got me appreciating this style of illustration more than I have before. To be honest, his style is nothing like me, I’m more florals and happiness and Todd is more San Fran pigeons and dark humour. Todd told of the ups and downs life has brought him. It seemed like his outlet to illustrate assisted him in finding his way. Musicians have music, writers have writing and Todd has illustration… which made me think – what do I have? I really must work that out . . . watch this space!

As the event wrapped up, I felt inspired – but in a different way to what I’m used to. No longer was I trying to be just like the presenters. Instead, I listened to their experiences and took from them what I hope and believe will help me along my design journey. As I said before – watch this space! 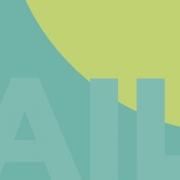 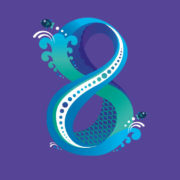 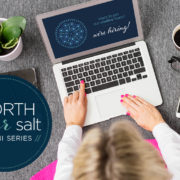 Worth your salt // Part 2 – Crafting your resume 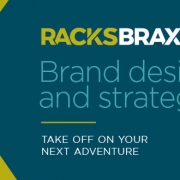 Worth your salt // Part 1 – applying for a design position 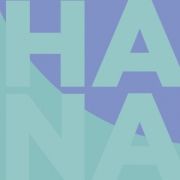